Justice For One But Not For All 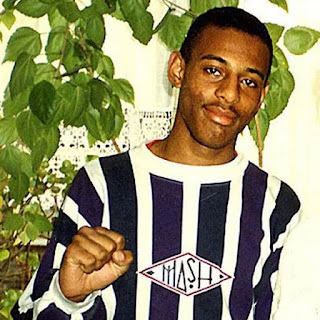 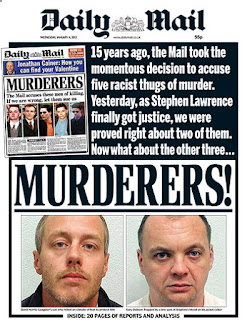 After a wait of 18 years the family and close friends of Stephen Lawrence can breathe a sigh of relief as two of the five original suspects were found guilty of his murder and sentenced to up to 15 years imprisonment without early release.

A major triumph for the Lawrence family who have for the last 18 years been on a dignified crusade for the justice of their son’s racially motivated murder. Though in the frenzy of all this media coverage these last 2 days on the high profile race relation case of Stephen Lawrence, it is becoming apparent that the justice received was more about repairing the tarnished reputation of institutionally racist Britain then actually working on improving race relationships in Britain.

Much of the talk now is of the job well done by the Metropolitan Police for finally securing a conviction in the murder case, many of our politicians have agreed on this and even the Met Police have publicly given themselves a pat on the back. I don't dispute the effort it has taken the Met Police to finally make these 2 convictions, though I cannot agree that their reputation for being institutionally racist should be repealed because of this.

The last 18 years may have seen changes in British Law and police procedures as repercussions of the Lawrence's campaign for Justice though this has had little effect in improving the conditions of being black in Britain nor has it made any improvements in race relations.

The press, clearly absent minded, seems to have forgotten that only 6 months ago England was battered by 4 days of riots, caused by the suspicious killing of black Tottenham resident Mark Duggan by the police. United the press perpetuated the image of the loots as being black, with most of the news clips showing black youths smashing through shop windows and carrying bags of looted goods.  This was followed up with the racist comments made by David Starkey, that black hip-hop and criminality culture had infiltrated white working class culture. - Again this was only six months ago!

Since Lawrence's murder in April 1993 the Institute of Race Relations lists the deaths of 37 black people whom have died in police custody alone (see link below). Scarily many of the inquests into these deaths are ruled as unknown verdicts, a notable example which made the headlines, though not nearly as high profile as the Lawrence's case is of Roger Sylvester, who died in January 1999 after being restrained by police in Tottenham.

So what exactly has the Met Police learnt since Stephen Lawrence's death? Apart from bringing 2 of Lawrence's killers to justice now after blotching up the initial investigations 18 years ago, what qualifies them for redemption? If the Met Police are no longer racist then why is it that 4 in 10 black men in the UK will have their DNA on the database? And why are black people still seven times more likely to be stopped and searched than white people?

Comforting as it is to see that justice has finally been served for the heinous murder of a innocent and promising black teen, it is very important that we do not start to confuse this triumph of justice over racism as a generalisation, this is just one out of the many cases of racism that has been fortunate enough to receive some form of justice in what is still very much a racist society.
For many black families in similar cases to the Lawrence's, they won't have connections to international politicians or humanitarian figures to raise awareness for their fight like the Lawrence's did with Nelson Mandela, nor do the conditions of their situations appeal to the Britishh media as being considered news worthy.

Race relations in this country will not improve till a continual dialogue is opened up, this dipping in and out of trend does nothing to validate the reality of a problem that affects the lives of those considered in this country as an ethnic minority.