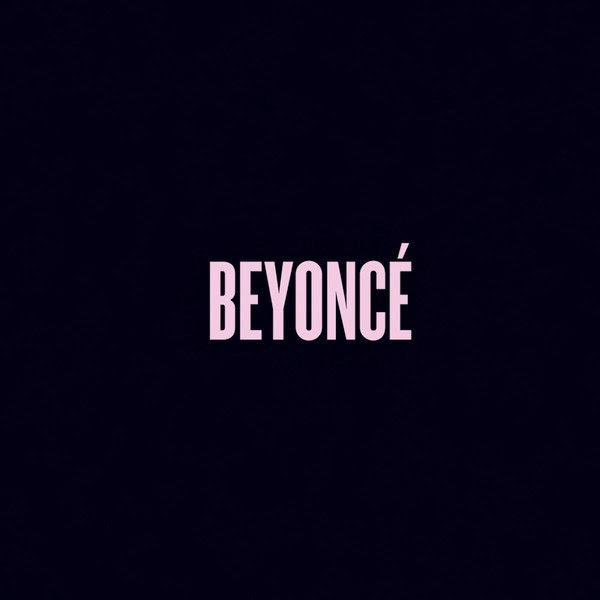 This is not an easy post to write, which is why I have chosen to keep the title simple. This is not a music review, I am not critiquing the album. Instead, I offer my opinion on the woman herself.
Let's be honest, she's bigger than her body of work. Her musical talents are absolutely irrelevant, she doesn't really need no.1 singles or albums to validate her brand, what's important is that she produces material that sustains the cultural and media image that is Beyonce!

I have never been a fan of Beyonce as a solo artist, though I did very much enjoy her work as part of the group Destiny's Child. The problem with any criticism of Beyonce, constructive or not, is that it is forced into 2 simple categories, supporter or hater. If you haven't anything nice to say about her then your hating. Unlike any celebrity I have ever known (not personally, obviously), the Beyonce brand is impervious to criticism, well at least it seems that way here across the pond.

With her new album comes new media hype, more public appearances and tons of photos and stories being run, all idolizing this woman. But why?

I ask myself this question every time, the Beyonce PR wave is in full force. Though with this album I feel the answer has been presented to me, in the form of her being a feminist now.
She's actually for some time now been working her way up to this moment with hint and comments for the past couple years, that she a woman's woman, a girl power diva, though now with this new album it's official.

Good for her! But publicly can she really be considered a feminist icon? This seems to be the way contemporary popular culture goes, one labels themselves something before the masses can do it for them. Much like Kanye labelling himself the best and the greatest before the fans, supports or heck media big wigs can bestow him with it. Beyonce is our feminist icon, because she says so.

Because it's just that simple!

For me, I like my feminist icons rough around the edges and experienced. Life as a female can be quite hard, not to mention the addition of men to this picture (if you're that way inclined) can make life so much more complicated. But what's complex about Beyonce? Maybe lots of things, but that's not what her image presents her to be. Instead, she is this perfect woman, with the 'perfect' body, a 'perfect' husband and family.

What's feminist about this? An unattainable representation of female achievement, once again limited to one defining narrative all female experience is meant to attain to? Sounds more like 1950's sexism repackaged into some naughies swagger. I mean, what's really the difference between the ideal 1950's housewife and Beyonce, apart from the fact that she earns her own money (though it is important to mention that her husband is claiming more and more control over her career), she is still seen to be the ideal wife, mother, homemaker, who takes care of her appearance, and behaves the good little woman part.

She is said to have been with Jay-Z, for god knows how long, married him and had his baby, and we are meant to praise her for doing it in this order right!? Her ambition prior to her marriage was admirable, it seems, though now that she's been made an honest woman out of, this according to the media, makes her superior.
It amazes me how much her marital status has elevated her celebrity status and career. I find it ironic that on her new album, she samples Chimamanda Ngozi Adiche, on the track ***Flawness, with her talking about now marriage should not define a women's achievement. When since her marriage to Jay-Z this fact has been inescapable, the once independent women, now sings about putting a ring on it, prancing around in wedding dresses in her videos and named her world tour Mrs. Carter Show! For someone so successful outside of her marriage, her marriage seems to be one of her proudest achievements.

Am not saying it can't be something she's proud of, but with her brand becoming heavily embedded in her marital status, surely this contradicts the feminist ideals she purports to stand for?
Even her new risque image is both being condoned and validated by her marital status. With her new hypersexual image justified on the basis that she goes to bed with the same man every night, so her sexiness is deemed a healthy expression of her sexuality right!?

The problem, I see this present, is that her brand has now become increasing unlikely to survive divorce (should they ever separate), she is to some extent at the mercy of her husband and their marriage. Not particularly a pro feminist situation, but hey, if they stay happily married, she has nothing to worry about right.

I don't begrudge her, her happiness and am in no way saying her lifestyle is anti-feminist. I am merely saying that our culture seems heavily invested in exemplifying her and her lifestyle choices as being ideal, when conveniently her lifestyle seems to very neatly fall into the heterosexist capitalist territory.

I don't want her gone, and I don't think she is bad for feminism (per say). I just think more caution and reason should be applied to the consumption of her image, I don't see why we can't be as objective of Beyonce as we are of other female solo artists. At the end of the day sex sells, and whether Beyonce has blossomed into a sexual being or not, she would still need to take off her clothes to stay relevant. So, however she chooses to justify that to herself is up to her, as is the case for all the other female artist pushing the boundary of sex and nudity in popular culture (cure Miley Cyrus).

There are lots of admirable qualities to Beyonce as a brand (with a lot of not so good qualities). Personally, I think, the real problem here is not Beyonce the woman who is trying to make a living and support her family, but the culture (and its media) who perpetuate her image and the potentially racist, sexist motivations behind them ascribing her with such a high cultural worth.