Black Is Beautiful: The Devaluing Of Black Female Beauty In Popular Media 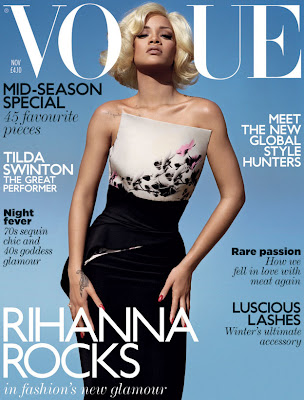 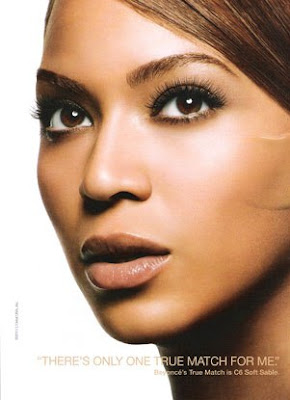 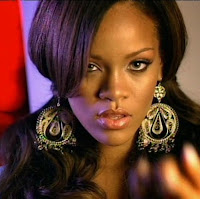 The singers early on in their careers

Where all the black women at?

While the white ethnicity are on the pursuit of tanned skin & bootyliciousness, black females are still unsubtly being coaxed into obligating the colonial colour cast where whiteness is the perceived standards of beauty.

Black features are the epitome of modern female beauty for our white sisters, with model Rosie Huntington-Whiteley sporting a natural ‘black’ pout; though for black female celebrities (or models), particularly those that reach commercial success, the plum lips and chocolate brown skin isn’t seen attractive or 'marketable'!

Note that I specifically say ‘female beauty’ since black men are exempt from this line of scrutiny; in fact blackness for men in mainstream media seems to enhance their masculine images, good example being rapper 50 Cent or actor Samuel L. Jackson.
For black females in mainstream media, they are expected to conform to European body shapes, be fairer skinned and have straight hair (preferably lightened to), if not then there is always air brushing.
This is clear in the case of Rihanna & Beyonce (pictured), these two women are no strangers to being air brushed for marketing and media purposes. The 2 main images above of the singers are resent; Rihanna’s image is taken from the November 2011 issue of UK Vogue and the image of Beyonce is from her current advertisement campaign for L’Oreal make up.

Neither Rihanna nor Beyonce look very ‘black’ in the above pictures, especially in comparison to their earlier browner selves in the smaller photos shown.

I don’t want to go into much depth analysing the 2 images, though on first glazes, there is nothing in the Rihanna Vogue cover that connects to the Bajan beauties ‘good girl gone bad’ image; instead we are seeing Vogue white wash over Rihanna’s knickers & bra/hard girl image with a white conservative Marilyn Monroe(ess) look.
Similar can be said about Beyonce’s campaign for L’Oreal. Asides from the fact that it makes no sense that she chose to endorse a make up brand who generally caters to a white audience, its is very interesting that the L’Oreal advert matched Beyonce’s foundation colour to a shade closer to their white consumer! Could their reason behind paling out the singer’s skin a case of perpetuating the beauty notion of browner or tanned skin amongst its white consumers!? – Would be an interesting approach!

Now I know many will argue that the 2 singers are of the lighter skinned variation of black, regardless, what should be considered is why both stars have no problems with their images being lightened further! This only confirms that both singers are accustom to adhering to western beauty standards, this is deeply frightening since these ladies have become our cultural representatives and role models.

Aligning black female beauty to western notions on beauty were fair skin, straight noses and straight hair are coveted attributes is extremely damaging to black lives and culture since it sets unattainable beauty standards for black women. This not only encourages an unhealthy self esteem among black women and girls but it also promotes (mainly) among black men the practice of dating out of ones race.
I am not saying that all black men opt to date outside their race nor am I saying that black women are faithful to coupling with black men; though with the mixed race ethnicity becoming one of the fastest growing ethnic group (predominately the black and white mix), looking at the images perpetuated by our media does help to explain why!

This devaluing of black female beauty in popular media has devastating affects on the black psyche; it is also important to stipulate that this line of thinking isn’t new!
Though we do make much effort to promote our own ideas of black beauty with magazines like Pride and Essence catering to the black audience, these forms of media are not our primary media outlets, meaning that black children growing up in a white dominated society are not exposed early enough or often enough to counteract the damage caused by being regularly exposure to white controlled media outlets.
A shift in our own attitudes is needed first, since we can not expect others to appreciate our beauty till we come to appreciate it ourselves, importantly we need our cultural representatives like Beyonce and Rihanna to publicly embrace their brownness and not allow white establishments to airbrushing them fair.