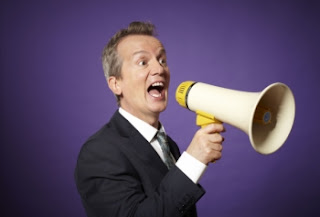 The BBC makes jokes about the class system in Britain.

Between reading Owen Jones' book (Chav: The Demonization Of The Working Class) and watching this BBC offering, I really do not understand why the middle class are so quick at dismissing classism as a urban myth?
It's made clear to me every time I see the likes of David Cameron and other Conservative MP's on the TV that we are worlds apart, only differences being that I'm more conscious of the lifestyle they are exposed to, where as they are absolutely clueless as to how the other half live!
If that wasn't enough proof I need only visit any UK city to see the divide in living and cultural conditions between the working and middle classes.

London provides endless examples of the class divide, take west London it is the only area in London I know of that has at the end of a multi million pound housed street a dodgy council run estate. And considering it’s highly unlikely that these middle class residents invite their neighbours from the estates for BBQ's in summer I would say confidently that class still hold cultural value in Britain (and else where).

The only point raised in the entire 30 minute show that I found of some interest was made by Conaty who said that interracial relationships were more common then interclass relationships. A very interesting point since I'm sure many of us will know of at least one of our friends (or friends of friends) that are in an interracial relationship but may struggle to name a person who has even dated outside their class.
Though being a comedy show instead of a serious debate, this point was not explored seriously, instead it was followed with a skit of Conaty on a disastrous first date with a middle class man!

Another interesting thing to emerge for the programme was that some of the audience identified themselves as higher or lower distinctions of the current classes, i.e. lower middle class or upper working class.

Apart from that I found the programme to be quite distasteful, class like race and sexism is a serious issue that continues to affect the lives of many in Britain.  The shows concept seemed nothing more than a blatant attack of our senses, by our middle class media to belittle and demean those socially disadvantaged by making them once again the butt of their jokes.