PETA, The People For The Ethical Treatment Of Animals Have No Problem Exploiting Women


I've never been keen on the shock tactics used by PETA to promote their cause though their latest advert which glamourises violence against women to promote a vegan lifestyle (see video above) goes a step or two too far. According to PETA women enjoy rough bruising sex that apparently men on a vegan diet can provide; the advert shows a young woman with barely anything on (there's are surprise) with a neck brace which coming to the end of the ad we realise was caused by wall banging sex!

While I find the advert of poor taste I wasn't that surprised PETA could conceive up such an ad since they have a track record of ads debasing women. Despite opposing the exploitation and abuse of animals they have no problem exploiting and objectifying women for their own gain, with many for their ads containing female nudity with derogative or sexually suggestive taglines, such as the "I'd rather go naked then wear fur"  usually accompanied by a naked celebrity female.
Few celebrity men have needed to strip off to support PETA, with the few that did only going topless (though a couple of them have gone starkers).


I'm sure PETA can only gets away with this because they are a charitable cause though thats just not a good enough excuse (if their ever was one), its also very hypocritical. 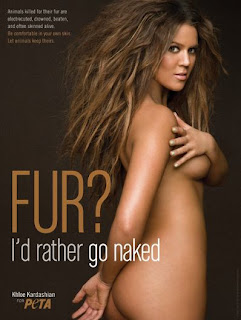 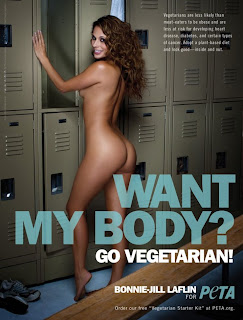 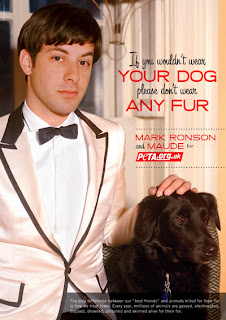 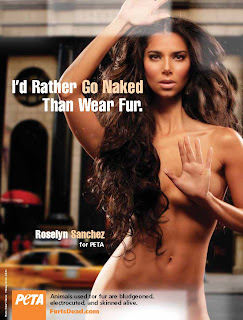 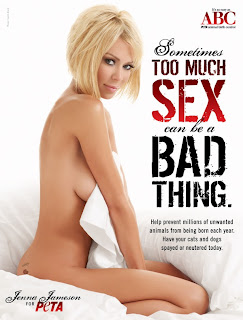 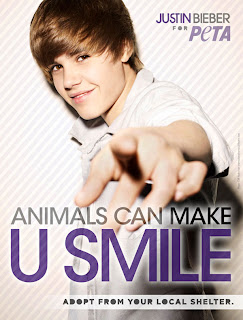