Stylist vs Shortlist: Battle Of The Sexes In Print 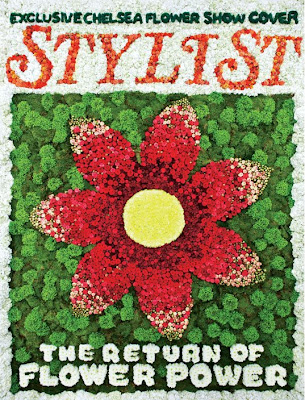 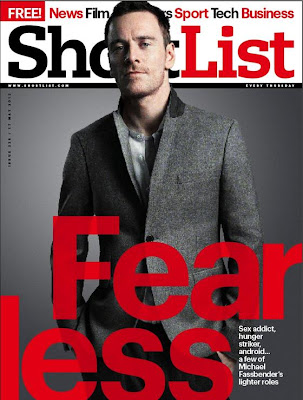 Is it just me or are female magazines dumbed down?

I say this referring to the free weekly magazines Stylist and Shortlist, whom are brother sister magazines catering to each gender, though in my experience of buying and reading other magazines this argument could easily apply to most gender specific magazine. I'm not talking about the low level salacious gossip or sexist magazines such as Heat and NUTS (if that's still around), I'm talking mid level magazines said to appeal to the average man or woman.

Every week I pick up my free copy of both Stylist and Shortlist to read, with articles from both magazines inspiring posts for the blog, though if I'm honest I much prefer reading the men's Shortlist over the women's Stylist. This is because I find the articles in Shortlist more interesting reads and offer a better variety of topics to read up on, from film, culture, current affairs to general politics their articles are more informative and by far more ground breaking with previous issues discussing modern masculinity, and this week’s issue commemorating the John Carlos' iconic black power salute at the 1968 Olympics.
I also appreciate their politics articles as they are easy to read and informative, they unlike Stylist discuss politics in a general instead of focusing solely on gender related politics or political issues.  I'm not saying don't what to know what’s going on with my reproductive rights or what countries has elected a female head of state but politics is bigger than that and affects more aspects of my life and those close to me.

What I've noticed about women's magazines is the false sense of 'feminist thinking' they incorporate, filling a magazine with female written articles and female focus subject matters doesn't make it 'pro woman' or progressive feminism; Grazia is the same, while it offers current affairs, news, fashion, culture, etc they like Stylist (and all the rest) have nothing new or radical to say, instead they simply offer articles about female related issues as opposed to social or world issues viewed from a female or feminist perspective. May sound like I'm spilling hairs but there is a big difference; it’s what makes an article informative instead of just a shallow round up. Good examples of this are resent Stylist articles on ageing and make up for dark skin, while it’s great that such topics were discussed they weren't written to be particularly hard hitting or thought provoking.

This may just be me but when I compare reading Stylist and Shortlist, or any another male/female magazine, I find the women's magazines to be a little too frilly with far too many pages are devoted to consumerism - fashion editorials, shopping by outfit pages, beauty products, home & interior products, advertisements, etc. - Stylist only has one page guaranteed to address world issues and that's the 'Elsewhere' page which is the only page I'm actually guaranteed to read each week! Whereas I always find something (or two) that interests me in the weekly Shortlist magazine be it a film review, articles, interviews, I've even got styling tips from them - yes styling tips, it surprised me too!
Obviously Shortlist does not cater for me which is why I can find it to be a bit boyish with its references to sports, gadgets and cars (like these interests are innate to all men) while these are not particular interests of mine I can on occasion appreciate reading them. I also find it quite interesting that much of the products being pushed to purchase come with a review or a rating which shows that men are probably more educated shoppers and buy less on impulse as apposed women, women’s magazines expect you'll to rush to the shops to pick up the items simply because they've labelled as 'must have'.

While I understand that the segregation of the sexes in print helps to sustain the illusion of difference between the sexes thus fuelling the thought that 'men are from Mars, women are from Venus' which gender specific magazines have long capitalises off of by giving such advice like 'gifts to buy the girlfriend/wife' or 'how to satisfy your man', I'm surprised we don't yet have unisex magazines. Stylist and Shortlist would be brilliant if merged into one magazine since many of their articles discuss topics both sexes should be engaged in, like women's beauty obsession; wouldn't it be great to have a male perspective on this topic, to consider how men value female beauty and our obsession for perfection? Or for women to read and consider evolving masculinity patterns and how these compare to our ideas of masculinity.

Are these to radical a suggestion? Well maybe since our capitalist society makes a mint off socially constructed ideas on gender and gender roles, just think about the power of pink; when a product is not selling well (or not appealing enough to the broader market) make their product in a 'female friendly' pink colour then sales pick up quick!
Guess I better stick to picking up and reading both my Stylist and Shortlist magazines, though it is saddening to see how superficial our women’s magazines are. While I like to know what’s in trend this season or learn a new technique from putting on my eye make-up I would also like to read articles that challenges my perceptions as well as tell me what’s going on in the world around me. I think its high time women's magazines took a leaf out of the men’s magazines and gave their readers something more substantial, I'd much appropriate it!