Book Review: How To Be Black 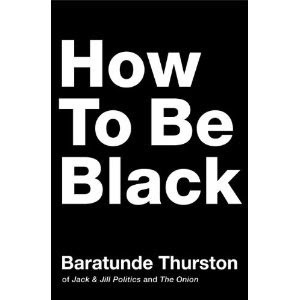 Comedian, blogger, author Baratunde Thurston takes a satirical look at the notion of blackness while also raising some of the dilemma's society creates for those that are black. With the help of his 'black panel', a group of race keen comedians and writers, one of which is white (for diversity), Thurston raises topics on being 'the black friend', the second black President and the black spokesperson. Thurston also uses his upbringing to validate black experiences such as being an ethnic minority in the classroom and the need to balance ones blackness in order to be perceived approachable to non-blacks while not being written off as an 'oreo' by your black community.

While surprise surprise Thurston is American the book very relatable for those of us across the pond and is a light hearted read even when the topic being discussed is on race. The book is a recommended read for anyone of any ethnicity as long as they have had some kind of contact with blackness (be it the people, or by way of television). With the readers ethnicity aside the book will have you questioning your perceptions of blackness (and thats not a bad thing).

Thurston takes the cringe factor out of the race debate and points out in the book that many black people like white people feel just as unconformable in the continual and tedious discussions on race and racism. I especially liked Thurston and the black panels final discussion on the future handling of race and racism, with many of the ideas raised in this discussion close to my own such as the inclusion of black (and other races) history into a more accurate retelling of the world's history.

As Thurston discusses at the beginning of the book, if your going to buy any 'black books' this black history month this should be one of the books to purchase!