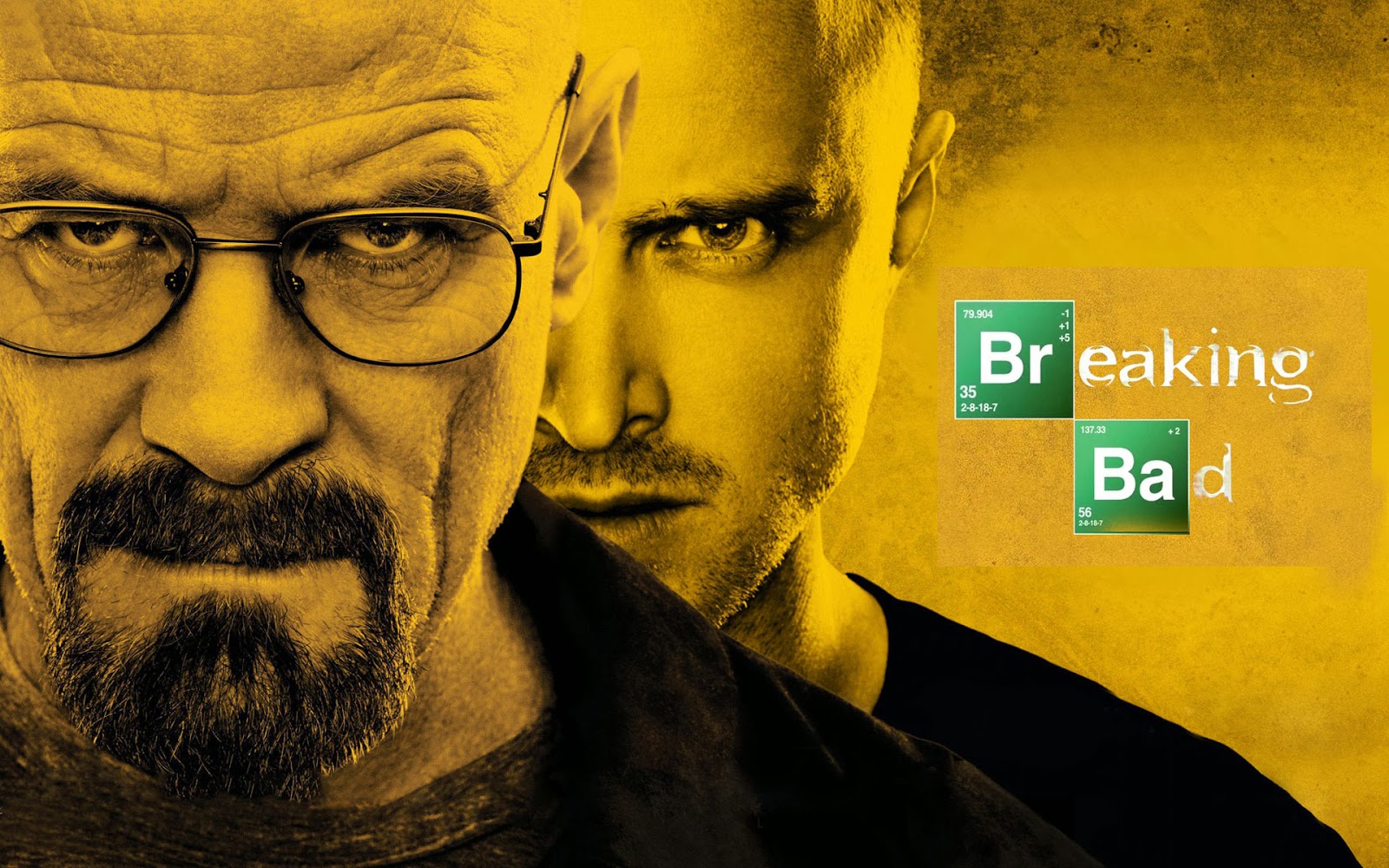 On the insistence of a close friend, I agreed to try watching Breaking Bad. I'm late, I know, but when I first heard about the TV show I didn't think it sounded like my kind of TV.  Am not a drugs and violence sort of girl, but I was told that this theme was somewhat superficial and that really the show has a lot of heart and was emotional at times.

After watching the first episode, I could somewhat see where the story was going. I could also say that I was not going to enjoy it, though I continued to watch the whole first series, and can now definitely say that the show is not my cup of tea!

Walter the lead character, has spent his whole life being a law abiding citizen. He works 2 unsatisfying jobs to make ends meet, despite having had a very successful career as a scientist. Shortly after his 50th birthday he is diagnosed with lung cancer, which will financially damage his family, so he comes to a decision to cook crystal meth with an ex-pupil.

The show charts his journey in the drug's game to leave his family financially stable, as well as to pay his medical expenses while undergoing cemo. Though my question is, if Walter wasn't white would this still be good TV?
I assume the appeal of the show is the morally gray area Walter is put in. As he is supporting and profiting from the drug's trade, yet we know he is a good man, try to support his family. But how much of what we know of his good character is unconsciously based on his skin colour?

Would the storyline still be valid if Water was a black man? Or would we think that as a black man, Walter would have to have some ‘street smarts’. In the white Walters case, his DEA brother-in-law is always mocking the fact that Walter has lived such a clean and sheltered life, though if he were black, would this still be plausible?
He doesn't have to be black, the same question could be said of Walter being Latino. Conveniently the show depicts Latino characters as being in the drug trade, deceitful, crazy and violent. From the regional drug dealer Krazy-8, his drug cooking cousin Emillo, to to his honest living father who makes a living ripping his customers off with extended warranties at his furniture store. So could Walter be Latino?

Walter is validated by being white, since our understanding whiteness is of being wholesome, honest and good. Or at least less criminal. Yet the facts that Walter kills 2 men, robs and destroys some guys car (not to mention cooks drugs) seem to be reason to we the viewer should be sympathetic and pity him, since it's the cancer making him do it, he's only trying to support his family before he dies.

This is why I feel uncomfortable watching the show as I don't feel pity for him, nor can I remain sympathetic to the character while he learns to enjoy being bad! I don't find any humor is this middle class white man resorting to using his intelligence to cook 'high grade' crystal meth out in a trailer in the desert, then coming home to his unsuspecting family.

While the Latino drug dealing characters in the show is portrayed to enjoy this line of work and enter into it by choice, I actually don't see much difference between them and Walter, especially considering the social disadvantages many experience being of the non-white race. They may not have cancer like Walter, but their intentions are not dissimilar, and they both share a reduced life expectancy! So how, as the viewer, can we have sympathy for Walter yet despise the Krazy-8's of the show (or of life)?

It's not only male whiteness that is able to bend our moral codes in the show. In an episode close to the end of the series, Walters pregnant wife Skyler is detained in a shop after returning a stolen gift she was given by her sister. I found it comical that Skyler (being white) was able to get away from the store by pulling the 'baby card', and while I watched I was just thinking 'what would the chances be of a black woman getting out of a situation like that without the police arriving?'
With the kleptomaniac sister storyline only confirming my observations that, race plays a very important role in the show's success.

I'm not saying people can't enjoy the show, but it does make me question and be concerned about the normalcy of racial stereotyping, the significant role they play in validating narratives, and how digestible these concepts are on  mass audience.